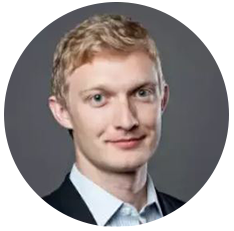 Luther Lowe is the Senior Vice President of Public Policy at Yelp. In this role, he develops and executes Yelp's initiatives related to competition policy, open data, and consumer free speech. A recent focus of his advocacy was working to persuade the European Commission that Google was in violation of EU competition laws, an effort profiled at length by the New York Times in 2017. In 2018, in naming him to its inaugural 'New Establishment' list, Vanity Fair wrote, "No single person in the United States has been a bigger antagonist of Google in the past seven years than Luther Lowe." Politico called Luther "Google's chief antagonist in the U.S. and Europe" this year when it reported on the Department of Justice's fresh investigation into Google's conduct.

Luther joined Yelp as an early employee in 2008, where he was part of a small landing team that opened Yelp's first remote office in New York City. After serving a year in the Account Executive role, he was tapped to create a new department leading small business outreach, reporting to the COO. In 2011, he handed off the department and became Yelp’s first director of government affairs.

Before joining Yelp, Luther was an aide de camp to retired NATO Supreme Allied Commander General Wesley Clark where he primarily assisted in producing General Clark's best-selling memoir. He has served as a paid staffer on more than a dozen state, local, and federal democratic campaigns. While attending college and serving as a member of the Virginia National Guard, he filed and won a federal lawsuit against the city of Williamsburg, Virginia for the systematic disenfranchisement of student voters. The high profile effort led to increased national awareness about student voter suppression. Luther lives in Washington, D.C. with his wife and daughter. He holds a bachelor of arts in Government from the College of William & Mary.