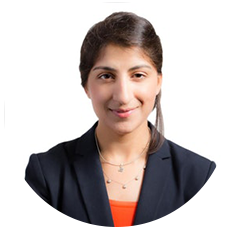 Lina Khan is a professor of law at Columbia University. She was majority counsel to the Subcommittee on Antitrust, Commercial and Administrative Law, in the US House of Representatives Judiciary Committee. Previously, she was an Academic Fellow at Columbia Law School, where she researched and wrote on antitrust law and competition policy. Prior to that, Khan was a Legal Fellow at the Federal Trade Commission and director of legal policy at the Open Markets Institute. Her piece in Yale Law Journal, “Amazon’s Antitrust Paradox,” was awarded the 2018 Antitrust Writing Award for Best Academic Unilateral Conduct Article, the Israel Peres Prize, and the Michael Egger Prize. Khan has been named to the Politico 50 and to Foreign Policy’s Global Thinkers list.